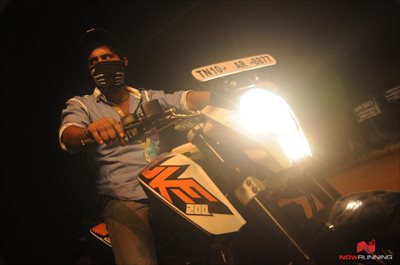 METRO – Finally a Tamil Movie Showing the Ugly Side of Crime

There is a general public consensus on the role of Tamil cinema in the steady rise of crime among Indian youths in Malaysia. Movie makers in Tamil Nadu had long been guilty of glorifying crime via overzealous efforts to create charismatic super villains to match up with and enhance the superstar status of ageing film stars.

However along comes director, Anandakrishnan’s Metro, a movie which leaves a really bad taste in audiences’ pallate for crime. This seems the result of the 28-year-old director’s choice of casting award winning character actor, Bobby Sinha and a raw Sathya as villains. This effect is heightened by the casting of Sendrayan who audiences have seen casted as a hardened villain in a host of films as Kumar the sidekick of hero, Arivalagan played by Shirish.

The opening scene where Arivalagan, a press journalist and photographer Kumar torture a man to get information, bewilder audiences in helping to build the needed suspense to unravel the plot narrative. The introduction of Mathialagan as an over materialistic teenage student with a demanding girlfriend, who takes the quantum leap to a life of a snatch thief is also an unexpected turn of the plot.

The versatile Bobby’s portrayal of Guna, the mastermind of a teenage motorcycle riding snatch theft gang ironically warns his wards to take steps not to injure or harm their woman victims while snatching their chains. This soft side to Guna and his show of gratitude for an aged mentor, bedridden and administered with alcohol and drugs via tubes, injects dark humour and apathy into the hideous world of crime.

The family plot involving the relationship between brothers Arivalagan and Mathialagan played by Sathya and their parents is well laid out to carry the story line. Although the spontaneous move by the mild mannered Arivalagan and Kumar, setting out to revenge the murder of the former’s loving mother played by Thulasi is not too convincing, it can be overlooked as the following action scenes are weaved in logical sequence.

The good camera work and tight direction of the movie shot in the concrete jungles of Chennai city is commendable considering it was wrapped up in just 28 days. The extreme violent scenes in the movie also seems justified as they show the unstable mental state of criminals and highlight the risk they pose for public safety.