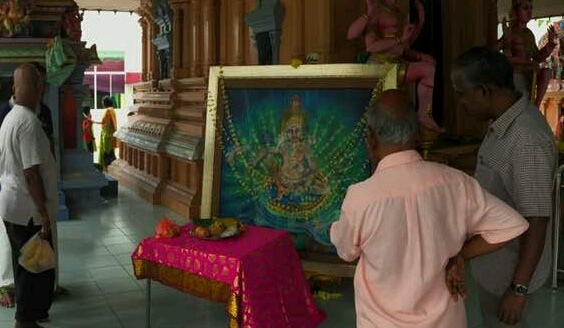 The recent Thaipusam festival in Malaysia was a season of great introspection by practitioners of the Sanatana Dharma lifestyle or Hindus as they are generally grouped in, for lack of an appropriate term of reference in modern languages.

There was public outcry by Hindus in Malaysia over the blatant move by the Batu Caves temple management to keep the temple open during the lunar eclipse which occurred about 7pm until after midnight on Thaipusam Day (Jan. 31).

Temples around the world including in India followed an age old tradition that required temples to close during eclipses due to the sudden cutting off of the moon from the sun’s influence.

Modern scientists would not admit to the fact that the eclipse causes adverse effects on earth and its denizens although early (prehistoric) scientists or sages particularly in India had studied the phenomena.

It was on the advice of these sages that temples closed during eclipses and people fasted and took ceremonial baths afterwards to ward off the negative effects of the phenomenon.

In a show of unity visitors to Batu Caves went there in the early morning hours of Thaipusam Day and left the premises of the world famous cave temple in the afternoon.

They taught the temple management a bitter lesson for its arrogance causing Batu Caves despite the temple remaining open, to become an abandoned place save for some tourists, during the eclipse.

Many devotees of Lord Muruga also visited temples in their localities instead of Batu Caves, to fulfill their vows before the eclipse.

One such temple was the Sri Siva Subramaniar Alayam in UPM, Serdang where leading Malaysian artist, Jeganathan Ramachandran unveiled his latest painting titled Palani Murugan as part of a community project to promote art and culture among temple goers.

Jeganathan’s painting introduced devotees to the purely scientific fundamentals of the rich tradition of propitiating gods and goddesses dwelling in the heavenly planets including the sun and moon, for one’s health and wealth and sustenance of the earth.