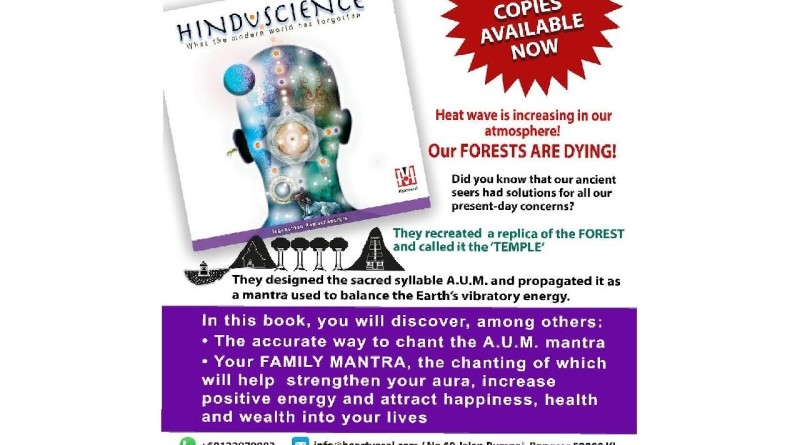 The modern, Western philosophy driven world has no more excuses to deny the authenticity of India’s ancient scientific world.

The ploy of foreign powers to undermine Indian thought and spirituality started with the various incursions into India.

India and ‘Hindutva’ bashing continues to this day especially with the present Indian government’s so-called aggressive efforts to restore the ‘supremacy’ of ancient Indian thought, philosophy and of course its sciences.

Many truth seekers and intellectuals of the world are rising to the challenge to acknowledge and uphold the true universal science and philosophy of India against the massive propaganda that West is Best.

One of them, leading Malaysian artist, poet and visionary Jeganathan Ramachandram recently published his book, ‘HINDUSCIENCE’.

The book is the result of the 57-year-old artist’s wide research into the science of sound and Hindu science.

This book reveals the scientific intricasies of the Hindu religion and its icon, the temple.

Readers will learn the scientific basis of the many rites and symbols that Hindus have religiously observed since time immemorial.