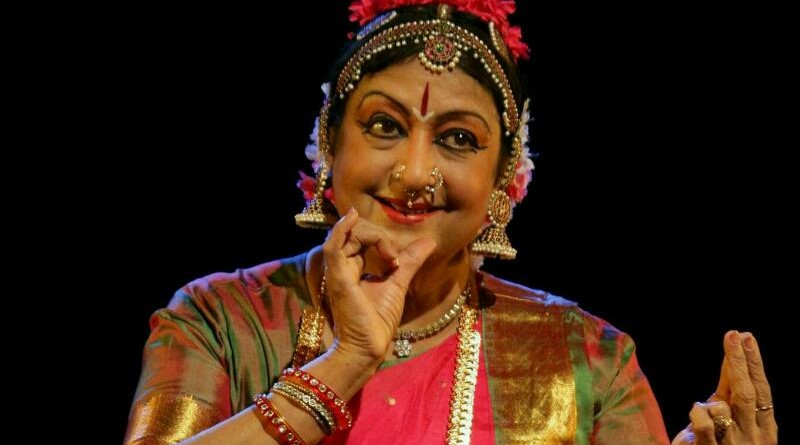 Don’t miss this golden chance to witness a showcase of the highlights of Padma Bhushan Dr Padma Subrahmanyam’s 63-year dance journey at a free show in Kuala Lumpur on June 18.

The 73-year-old dancer’s offering of ‘Natyasastram Visva Margam – The Global Path’ will be staged at the Shantanand Auditorium, Temple of Fine Arts in Brickfields at 6.30pm.

The presentation also encapsulates this doyen’s findings in her indepth research into the roots of Indian dance as well as world dance based on the ancient treatise, Natya Sastra of Bharata Muni.

The research including study tours in Southeast Asian countries culminated in Dr Padma’s Ph.D Thesis on “Karanas In Indian Dance & Sculpture” and the setting up of the Pan-Asian Cultural Education Research Centre.

In Dr Padma’s 62-year research she had established the veracity of the 108 karanas that are the combined movement of arms and legs in Bharatanatyam and generally all forms of world dance.

It is notable that the “Hatha Yoga Pradipika” states that karanas are to be practiced together with khumbakas (pause between an inhale and exhale) and asanas (posture) in order to reach the goals of Raja yoga.

It is also stated that Lord Shiva’s dance consisted of the 108 karanas. The expression of his cosmic dance is called nata yoga. And some of the Hatha yoga poses that we are familiar with today are adaptations of different karanas.

What is unique in the non-stop 90-minute dance programme offered by Dr Padma and 15 of her disciples from Nrithyodaya Dance Institution is that the entire dance technique of the show is built on the Natyasastra, not on the present day Adavu system of Bharatanatyam.

The programme dedicated to Bharata Muni will begin with the Purvarangam (ritual worship) that includes Pushpanjali, Jarjara Puja and Mahachari.

This is followed by Churning of the Natyasastra’s Ocean -The 108 Karanas, the cream of the programme where performers dance in tune to an Ekadasa Ragamalika composition by Dr Padma based on the Natyasastra lyrics that list out the names of the relevant karanas.

The next number will be “Krishnaya Tubhyam Namaha” depicting child Krishna subjucating the giant serpent Kalinga, compiled and scored by Dr Padma. The audience will get to see the dancers going through Bhujanga karanas or serpentine movements.

The evening’s highlight for the audience will surely be Dr Padma’s solo performances starting with Gajendra Moksham which is set to the music of Japan’s blind music composer Miagi Michio.

Dr Padma had performed the piece depicting the elephant monarch, Gajendra’s salvation by Sriman Narayana from the jaws of a crocodile, in Japan when she received the Fukuoka Asian Cultural Award in 1994.

The next number, Jatayu Moksham, will be an episode from the Ramayana set to the symphony of legendary Russian composer Tchaikovsky which the doyen of Indian dance had presented at the Festival of India in USSR in 1987.

The programme finale will be, “A prayer to our planet” set to a Tillana composed and played by veena Vidwan B. Kannan.

Through this recital Dr Padma invokes a prayer to appease Bhooma Devi together with the pancha bootas (five elements) for the protection of the environment, human race and all others creatures.

Dr Padma who is also an author and Indologist will present a lecture on June 17, entitled Ananda Coomaraswamy: The Dance of Siva and Its Influence in South East Asia at the Lecture Theatre F, Faculty of Arts and Social Sciences, Universiti Malaya.

Attendees for the free lecture can register at the venue from 6.30pm. The lecture will start at 8pm and conclude by 9.30pm.

For enquiries please contact Mrs Vinosree at 012-6959343 or e-mail to: indianculturalcentre.kl@gmail.com. or visit http://www.padmanrithyalayaarts.com for details.