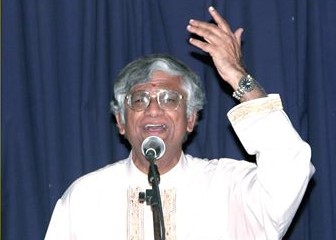 Last night’s conversation unearthed the nuances of a guru-sisya rapport that is always sweeter than ambrosia for every Indian classical artiste, resulting in a truly life-lasting learning process.

Ever heard the song Marudamalai Maamaniyeh Murugaiah composed by Vaidyanathan and sung by Madurai S. Somasundaram for the 1972 Tamil film Dheivam?

Well, would you know, 20-year-old Venkateswaran as senior sisya of Vaidyanathan had the task of penning the notes for the semi-classical devotional song set to Raga Dharbari Kaanada written by the late poet Kannadasan.

“It was one of the routines in our early morning violin classes with my guruji and I had the opportunity to pen the notes of several such songs composed by him.

“He would compose the music for these songs while playing them on his violin and instruct me to write down the notes.

“I was even given the chance to give my ideas for the compositions. It was a great lesson in nuances of music composition enabling me to eventually compose several of my own krithis in later life.”

Notable is the piece Sulochana Priye in Raga Amrutha Varshini, Adi Tala composed as a dedication to his ailing mother Sulochana Somasundaram, an accomplished singer herself and Venkateswaran’s first music guru.

The modest professor whose feats in the world of Indian Carnatic music is not known to many Malaysians, will be holding his first full concert together with Indian musicians in Kuala Lumpur and Ipoh in late August.