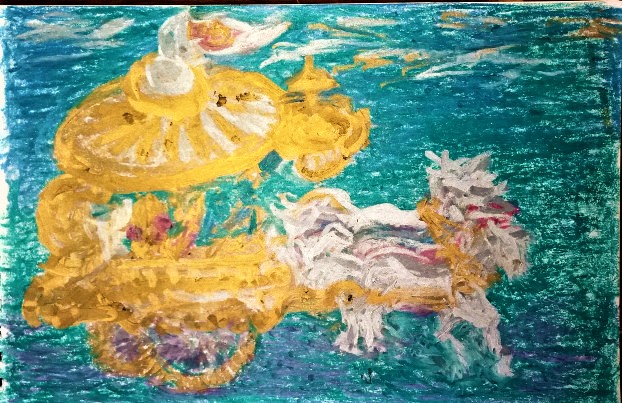 The crop of anglicised over-liberal journalists constantly in the news these days attacking everything Indian are the products of an entire system of education meant to uproot the Vedic cultural and spiritual heritage of India.

No imagination is being used here – this is the proof paper (1835) of Lord Thomas Babington Macaulay by which he set the standards for the British Education Policy in India:

Two extracts from that paper:

‘It is, I believe, no exaggeration to say that all the historical information which has been collected from all the books written in the Sanscrit language is less valuable than what may be found in the most paltry abridgements used at preparatory schools in England.

‘In every branch of physical or moral philosophy, the relative position of the two nations is nearly the same.’ and

‘I am quite ready to take the oriental learning at the valuation of the orientalists themselves.

‘I have never found one among them who could deny that a single shelf of a good European library was worth the whole native literature of India and Arabia.

‘The intrinsic superiority of the Western literature is indeed fully admitted by those members of the committee who support the oriental plan of education.’

As I was saying, Regarding such journalists, a French author has written a powerful essay, called ‘Poor India!’.

Kindly read it – http://www.tiny.cc/poorindia2 which I humbly request all readers to go through. It is quite eye-opening.

In recent months I have felt blessed and relieved to come to learn about the sincere and massive academic efforts of Shri Rajiv Malhotra ( www.rajivmalhotra.com)

Praiseworthy are his efforts to preserve and propagate the truths of Vedic culture and practices, as viewed from the sincere practitioner’s authentic viewpoint.

As opposed to the Anglo/Euro-centric falsities enshrined in the text books created by the Faculty of Indology set up for purpose of Christianising the minds of Indians to be Euro-Centric and make them mock at and reject any and all things Indian.

The falsities have been so deeply entrenched through this manipulation of the university system that it is almost impossible to undo, yet Rajiv ji has been inspired with an amazing plan of action.

He has begun the academic work of re naming that fabricated faculty as European Indology and creating a new faculty called Indian (Bharatiya) Indology.

This brilliant and noble effort today needs the strongest support from all true Indophiles everywhere who wish to know and preserve the truth.

Being promoted by our own professors in Universities make us swallow this theory unquestioningly, never suspecting that such huge lies could be fabricated and taught as fact!

Spiritualist Thakur Bhaktivinode (who grew up in Kolkata during Tagore’s time – Rabindranath Tagore’s elder brother was his best friend!) was a victim to this evil education system.

And, according to his autobiography, as an adult he realised that he had a hatred for the Srimad Bhagavatam although he had never read it!

It had been planted there by the mocking of his teachers and professors whom he naturally looked up to with awe and reverence for imparting knowledge to him.

This made him write this immortal sentence in his masterpiece booklet, “The Bhagavata” – “Oh! What a trouble to get rid of prejudices gathered in unripe years.”

Here is that extract {from http://www.nbsmag.com/articles/the-bhagavata} :-

‘We are ourselves aware of the fact. When we were in the college, reading the philosophical works of the West and exchanging thought with the thinkers of the day, we had a real hatred towards the Bhagavata.

‘That great work looked like a repository of wicked and stupid ideas, scarcely adapted to the nineteenth century, and we hated to hear any arguments in its favor.

‘With us then a volume of Channing, Parker, Emerson or Newman had more weight than the whole lot of the Vaishnava works.

‘Greedily we poured over the various commentations of the Holy Bible and of the labors of the Tattwa Bodhini Sabha, containing extracts from the Upanisads and the Vedanta, but no work of the Vaishnavas had any favor with us.

‘But when we advanced in age and our religious sentiment received development, we turned out in a manner Unitarian in our belief and prayed as Jesus prayed in the Garden.

‘Accidentally, we fell in with a work about the Great Chaitanya, and on reading it with some attention in order to settle the historical position of that Mighty Genius of Nadia, we had the opportunity of gathering His explanations of Bhagavata, given to the wrangling Vedantist of the Benares School.

‘The accidental study created in us a love for all the works which we find about our Eastern Savior.

‘We gathered with difficulties the famous Karchas in Sanskrit, written by the disciples of Chaitanya.

‘The explanations that we got of the Bhagavata from these sources, were of such a charming character that we procured a copy of the Bhagavata complete and studied its texts (difficult of course to those who are not trained up in philosophical thoughts) with the assistance of the famous commentaries of Shridhar Swami.

‘From such study it is that we have at least gathered the real doctrines of the Vaishnavas. Oh! What a trouble to get rid of prejudices gathered in unripe years!’

(Just by the way, that same Bhaktivinode Thakur, by writing and publishing more than 100 books, succeeded in reviving the Bhagavata’s study and popularity.

And his disciples have laboured hard to spread it all over the world and it is now available in nearly a 100 languages.

The Bhagavata is a repository of the real jewels of authentic Indian culture and pure spirituality that is based on Spontaneous Love for God.)

We need to become aware of the deceptions and educate ourselves, then help the massive efforts of Rajiv ji.

To create the new set of Professors and text books to establish true Indian Indology for the benefit of many generations to come.

This review of one of Rajiv ji’s books declares it to be well researched:-

“This book Breaking India is the only well researched work on the global nexus of anti-India players and their Indian agents, covering the past two centuries. Probably the best book I have read recently.” – reviewed by Dr. T.N. Ramachandran, Director, International Institute of Saiva Siddhanta”

As my Gurudev’s Guru, Srila Prabhupada had once said:

“700 years of Muslim rule never disturbed our culture and religion.

Yet 200 years of British rule and we have lost our culture, our religion, our languages because of their manipulative education system, used as a political tool for psychological and economic domination!”

We need to move back to our Shastras as the basis of our culture and our civilisation.

Otherwise we will see nothing but decadence overtake all our families in another generation or two.

The world needs the universal Vedic truths to save civilisation from this blind course of destruction, of hedonistic consumerism without conscience!