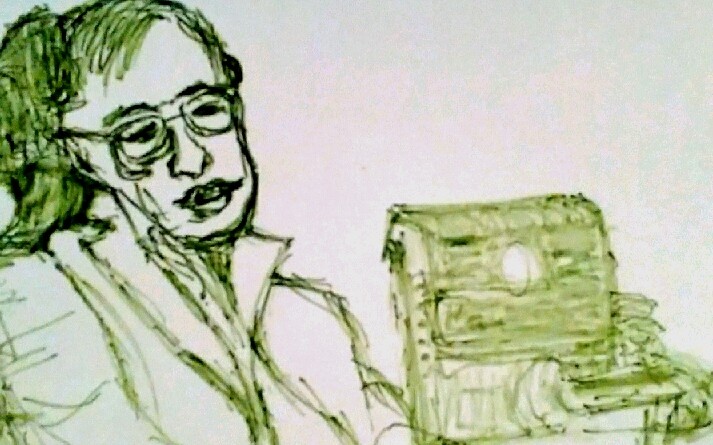 I was in the vicinity of Stephen Hawking territory, Trinity Hall – where the world’s foremost theoretical physicist had studied and worked on his research – during my visit to Cambridge a couple of years ago.

The 76-year wheelchair bound scientist who attained celebrity status through his breakthrough research in cosmology to produce in particular various theories on the Black Hole and his best selling books like A Brief History of Time, The Universe in a Nutshell etc. died on Wednesday in Cambridge.

I heard the news from my journalist daughter who called me from London yesterday afternoon while in the midst of brainstorming for an online obituary piece she would be writing for her organisation, Spears Magazine.
> http://www.spearswms.com/stephen-hawkings-legacy-will-live-space-time/

Being a trained science journalist, she informed me how magnanimous Hawking was, being one of the few scientists who dared to make a stand on issues such as the threat of global warming, UK’s Brexit referendum and risks of the development of Artificial Intelligence (AI).

She told me Hawking was also a great philanthropist and genuine personality who the scientific community could look up to as a role model, to create a new order of people friendly scientists.

I would agree with my daughter as Hawkings’ ability to formulate great cosmological theories despite his vegetative physical state likens him to the benevolent Siddhas and Muniwars who were the ancient scientists of India.

Sitting in an immobile state in deep meditation – isolated to the outside world by choosing to dwell at hilltops, caves and jungle interiors – our early scientists were able to unravel the secrets behind the natural world and cosmos.

Sadly their vast findings which are embedded in Sastras like the Vedas, Upanishads and Puranas have been largely disregarded by the modern world although some fundamental findings in mathematics, medicine and astrology have been adopted.

Like our ancient scientists, Hawking while confined to a wheelchair had let his mind roam the cosmos to probe the origin of the universe and search for a unified theory, the quest of which he believed would allow mankind to “know the mind of God”.

In A Brief History of Time he writes: “A complete, consistent unified theory is only the first step: our goal is a complete understanding of the events around us, and of our own existence”.

So lets hope Hawking’s passing will mark a new era for the scientific world to sharpen their skill of probing the truth of things, in emulating the methodology of our ancient scientists.

Modern scientists would also benefit greatly by systematically analysing the voluminous findings of our ancient scientists in undoing the gross misintepretation of these valuable scriptures by greedy colonialists and fanatical Christian missionaries.

One thought on “Stephen Hawking Drifts Off”