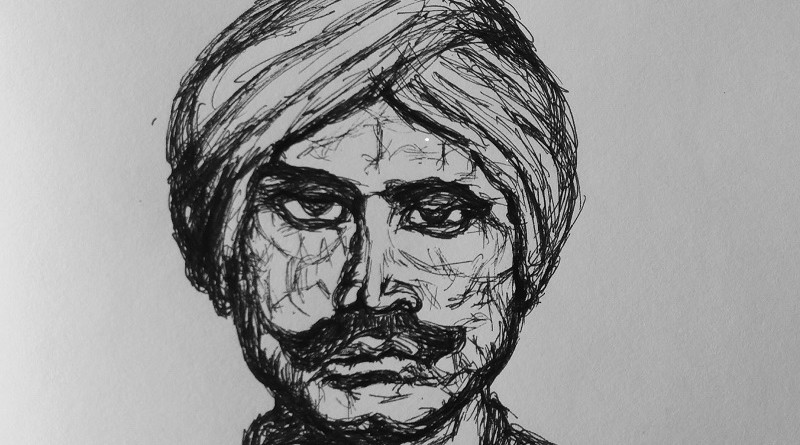 Tingling under your skin,
Sending nervous little flutters,
Tickling you into a frenzy,
Making you twitter incredulously in giddy excitement.

And moments later…
Numbing you,
Blinding you,
Carrying you –
effortlessly off the ground defying gravity and reality.

Until you –
In exalted lightness,
In uncontainable intoxication –
Enter the world of momentary oblivion…

It all happened a while ago,
As I was sitting in my favourite little corner,
Attempting to restrain myself within the mundane circle of work deadlines.
Absent-mindedly plugging into my ears – that which has the magical ability to create an instant tug of war in me
With realities of work pulling at one end, and passion for words on the other.

That was when Bharathi sent his sparks into me…
Immobilising me into an oblivious state –
In which I could only blankly stare into space,
Inhaling his divine love whispers –
as if they were then my very breath of life.

Suttum Vizhi Chudarthaan – he began
Here, the kiss meant for that cheek of yours which is mine, and mine only to begin with.

Thus saying, he left…
Leaving me –
Floating hither and thither
like an intoxicated spirit…
the kiss still tingling away on my cheek,
his love whispers blowing endless little shivers of ecstasy into my perplexed ears…