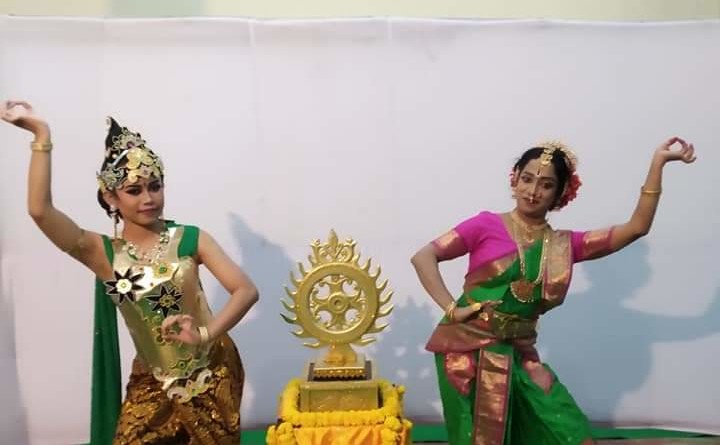 The cultural festival is a permanent feature of the Bodh Gaya calendar for the last three decades.

Bodh Gaya is a village in India’s northeast state of Bihar and is one of the most important Buddhist pilgrimage sites. The main attraction there is the Mahabodhi temple on the site where the Buddha attained enlightenment beneath a Bodhi tree.

The three-day festival that started with the chanting of Buddhist mantras by ceremonially dressed Tibetan monks saw performances by cultural troupes from nine different countries.

It is said that Indian sage, Bharata Muni’s treatise on drama and dance, the Natya Sastra had influenced the dance forms of many countries particularly in the Southeast Asian region.

The main attraction of this year’s festival was the performance of a dance drama by Bollywood celebrity and veteran Indian Classical dancer, Hema Malini.