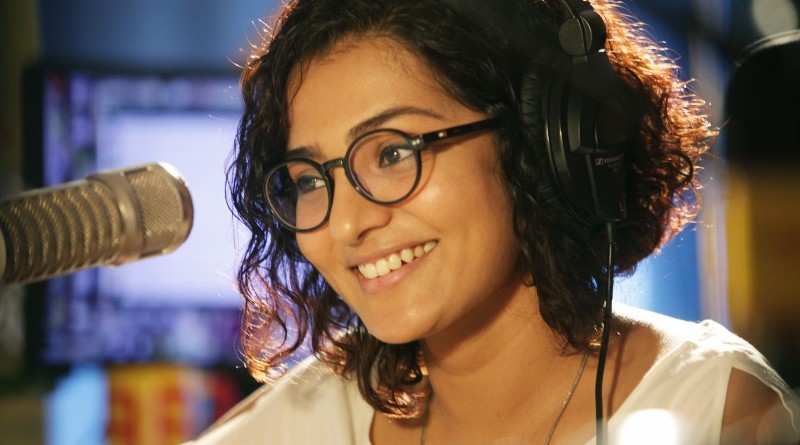 At the ticket counter I felt my eyes doing a mini-roll as I anticipated a typical Venkat Prabhu-style comedy – a joy ride with a mock tragedy, peppered with whimsical characters who jump at you, out of the blue. The film is atypical to the Tamil audience as it is rare that one sees even one character thoughtfully crafted, let alone more than five as seen in this remake of Bangalore Days (a highly acclaimed Malayalam film). It is a story about strength of character and the power of choices that you make, be it socially unusual ones. I reflected, LOL-ed, held my breath, melted within, pupils dilated in a mini-euphoria to counter my previous eye-roll. Finally, I thought to myself, something truly fresh, with artistic nous. Most importantly, Bangalore Naatkal is unapologetically young.

It pans around the lives of three cousins, Ajju (Arya), Kutty (Bobby Simha) and Ammu (Sri Divya) who dream of living in Bangalore since childhood, and transfer to the so called ‘rockin’ city in adulthood. Even though I have read that the people of Tamil Nadu might not necessarily have the same craze for Bangalore as their Keralan counterparts, the film makes the city’s charm convincing. The scenes cut from one whitewashed building to another, showing clean streets, IT graduates strolling around, parks; even the trains look stylish. But remove the narration and RJ Sarah’s (played by Parvathy) uplifting voice that cooes ‘good morning Bangalore’, it is just another city. But it is supposed to be amazing, and I believe it, you can feel the difference it makes to the protagonists.

The film presents all the right questions with playful overtones, with the most important being, what is life? The decision to take its flirty light moments on the surface or gaze into the trail of thoughts a scene generates is rightfully in the eye of the viewer. Ajju is an intelligent but overly inquisitive motorbike mechanic who lags behind his cousins in life, education and general stability -or so one is made to think. An ex-racer, he was banned from the sports because of an incident which puts him off his pursuit altogether. Sullen and brooding, Ajju’s frustration is like background radiation throughout Kutty and Ammu’s feel-good moments. Having had a difficult loveless childhood with arguing parents in the army barracks, he asks, often without voicing out, if one could really be happy. He questions their happiness at times, but never condemns and always accommodates to their needs. Such is the complexity of the character that Arya portrays, and he does it justice, the way I see it.

Ammu’s character, played by Sri Divya, is a notable mention. Recently married to the husk of a financial man called Shiva (played by Rana Daggubati), the creative and happy spirit tries to add colour to the properness of her setting, in an orange apartment which witnesses no love (or life). But there is a twist to Shiva’s absence, a debilitating past which brings out the best in the initially footloose Ammu. Her total understanding and salute-worthy independence (often lacking in Tamil wives on screen) helps her pursue her MBA, and eventually, the deeply sensitive Shiva yearning for closure from his dark past.

But Parvathy takes the cake in her portrayal of RJ Sarah, Ajju’s audio muse. He searches for the inspirational voice that greets him every morning in Bangalore and becomes dazed at the sight of his goddess sitting on a motorised wheelchair in the studio. At this point, the audience eggs him on to introduce himself, but he hesitates. At what, you may ask, well it is not mentioned but shown in Ajju’s speechlessness and uncertainty. He follows her around instead, perhaps to be sure of exactly what he feels for Sarah, a point at which the RJ reprimands his stalking at a bus stop. He stands in front of a bus to stop it, leads her onto the vehicle and follows her in as though hypnotised, where the love story begins. Ajju smiles, Sarah smiles back ever so slightly, both exchange a calm understanding. Now, describing what I feel is one of the most breathtaking love stories in Tamil cinema is challenging. Composed with an air of modern dismissal, without a hint of drama, any exaggeration would zap off its magic, or should I say, it’s sheer simplicity. An even more surprising turn of the tale is when Sarah’s proud army wife mother asks Ajju if he is worth anything to match her daughter’s brilliance. The RJ is bound for Australia and Ajju is a loser repairing bikes. Instead of retaliating with his characteristic rudeness, he withdraws and reflects. The mother has a point, he is the one with a disability, the one without an aim.

The rest of the story carries on with what Ajju does to make himself worthwhile, with his role as a caring cousin never untouched. Ajju eventually shines, but the cinematography artfully slows down and pauses, and reveals the true point of the film: the curly-haired, dimpled RJ with her dazzling persona.

What I love about the movie is that it does not box its characters that Tamil movies have done for decades. No typical love stories, no perfect marriages (Saranya Ponvannan rocks with her effortless portrayal of  Kutty’s frenzied modernist village mother) and no perfect characters. Bangalore Naatkal makes you feel and think about life’s inconsistencies, but in such an endearing way that you feel comfortable in your seat, and you never ever want the movie to end. I could not get enough of Ajju and definitely not of Sarah. It is no wonder that even Parvathy reportedly did not want to leave the character and her wheelchair behind in a recent press conference.