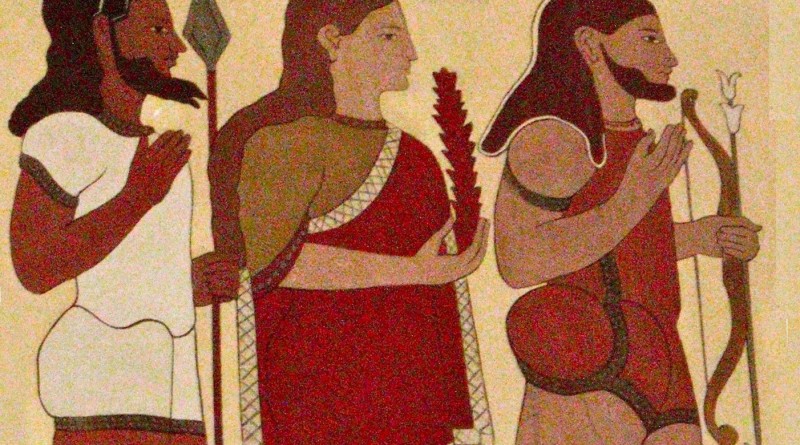 The whole world was once ruled by Lord Rama says senior academician Dr M. Mallikarjun Rao and traces of the Ramrajyam medieval kingdom can be found in many countries around the world.
The researcher has travelled to many countries including in Asia, Europe, North and South America, Africa, Australia and island nations like Fiji and uncovered concrete evidence of Ramrajyam heritage there.
At a talk in Kuala Lumpur organised by Swami Ramaji of Hindu Sevai Sangam, Mallikarjun from Delhi, India presented his findings related to the global stretch of Ramrajyam.
“The Ramayana is the ancient history of the world and not a mythology as academics have been claiming all this while.
“The historical evidence is overwhelming and present everywhere I go,” he affirmed.
In Peru, South America the researcher says the ancient race of Incas were named after Ina meaning Sun God in Sanskrit. Lord Rama who belonged to the Surya (Sun) race is also called Inakula Tilaka.
Egypt was named after Ajapati who was Sri Rama’s grandfather. The dynasty of Ramesis got their name from Ram Eisus meaning Ram the God. The kings (pharaohs) are shown in sculptures complete with Tilak marking their bodiies just like Shri Vaisnava saints of South India who worshipped Lord Rama.
Rome (Roma) in Italy is also believed to be named after Rama. Meanwhile traces of Ramarajaam had also been found in places in Russia, Guatemala and Mongolia with the finding of Hindu statues, sculptures and literature.
Among others Mallikarjun’s findings show that human beings are divided into categories including Vanara, Naga and Rakshasa. Rama’s army gathered to defeat Ravana who was a Rakshasa were Vanaras including Hanuman and King Sugriva.
“Vanaras were not monkeys but a human like race where only males had tails. They were no lesser than other races, powerful in their own way and were spread all over the world.
“And the Rakshasas meanwhile were not a demoniac race just as the Nagas were not a serpent race as the name would indicate.”
“During my recent visit to Fiji I found evidence of Hanuman’s influencce there with the chieftains dressing to emulate the Vanara race complete with tail-like trailing cloth,” Mallikarjun said.
In conclusion the veteran academic and researcher called on academics in Malaysia to help uncover traces of Ramayana culture in Malaysia which along with other Southeast Asian countries had strong Indian influence.

Photograph of painting depicting (right to left) Rama, Sita and Lakshman at the Bologna Museum, Italy from  http://lordrama.co.in/sri-rama-and-vedic-history-of-the-world