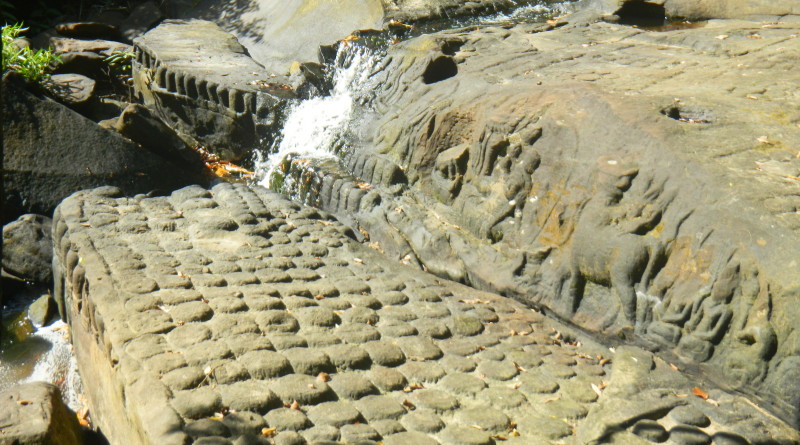 It’s heartwarming to note that Ancient Indian science is now seen resurfacing to save Mother Earth from further endangerment by the scourge of modern scientific and technological advancement.

The barbaric Islamic invaders and vile European colonialists who ravaged India attempted to destroy its culture and knowledge system with the aim of plundering its riches. As part of the ploy ancient Indian science was pushed out of the mainstream.

The Islamic invaders and European colonials however freely plagiarised the findings of Indian sciences by India’s great medieval spiritualists, to develop a materialistic scientific system which they subsequently used to captivate the world.

It is quite clear now that modern science is guilty of systematically ravaging Mother Earth’s resources and with its atheistic, inhumane leanings, destroying the tenets of faith and goodness within the human race.

However it’s an undeniable fact that this modern science has held sway over the  world for more than a millennium and captured the imagination of the world’s masses.

This material science has created manufacturing industries which subsequently unleashed a consumerist frenzy among the masses causing severe pollution of land, rivers, seas, atmosphere and even the human body, with waste generated from industrial products.

It’s also this science that instigated the human race to exploit the world’s natural resources and disrupt the fragile biodiversity and geological balance of planet Earth .

Not to mention the processing of these resources into smog producing, environmentally hazardous fossil fuels, unhealthy canned food and toxic drugs.

The arrogance of material scientists, working in cahoots with greedy capitalists and corrupt politicians ably supported by the ignorant masses, has brought the natural world including the human civilisation to a critical stage of its existence.

While the threat of global warming escalates with increased incidences of extreme weather and drastic climate change, a massive tip in the biodiversity balance due to human interference, has unleashed the Covid19 pandemic.

As we face these uncertainties, we see a light of hope to save Mother Earth in the recent resurgence of public interest in ancient Indian science and the many researchers currently probing this age old system to unearth evidence of its authenticity and superiority over modern science.

Standing out is globe trotting researcher Praveen Mohan whose findings on ancient Indian science shared on his YouTube channel, is helping human society restore its faith in this wide ranging science.

This young researcher from Pittsburgh, Pennsylvania has been travelling around the world since 2014, traversing across the major continents and far flung islands to investigate archeological ruins and roots of bygone and existing civilisations.

In his study of the Mayan civilisation in Peru, South America; giant monolithic statues in Easter Islands; Angkor Wat in Cambodia; Borobudur in Indonesia, archeological sites scattered throughout South East Asia and ruins and existing temples all over Sri Lanka and India, Praveen has found clear links to the ancient science and technology of India.

Although Praveen promulgates the extraterrestrial theory in his findings he has unearthed, analysed and proven the existence of scientific knowledge far superior to present day material science in ancient civilisations of India and greater India.

His YouTube videos are regularly viewed by tens of millions with more than 100,000 subscribers with some broadcast on TV shows and documentaries worldwide.

His videos include many of his own experiments and detailed explanations to test the validity of ancient Indian scientific and technological breakthroughs in the field of temple architecture and construction, astronomy, mathematics, Vimanas (ancient airplanes), city planning, water management, defence mechanisms and even energy production.

The enthusiastic Praveen is well versed in English and presents his videos with great fluency and is easily understood by all. His use of superior camera work including the use of drone videography and supporting factsheets, graphics and background scientific research stills and videos is truly convincing.

Praveen does not reveal much about his personal background and prefers to speak directly through his research findings.

His videos are a must watch for Indians wishing to uncover the true identity of their ancestry and their great knowledge that is being covered up by the Western world for obvious reasons.

Photo caption: Ancient Hindu carvings including lingas on the banks and river bed of the Stung Kbal Spean river in Siem Reap province, Cambodia. Praveen has put forward the theory that the river which has 1,000 lingas carved along a 150 metre stretch was a means to energise the water which flows down to the plains to invigorate the padi fields there.