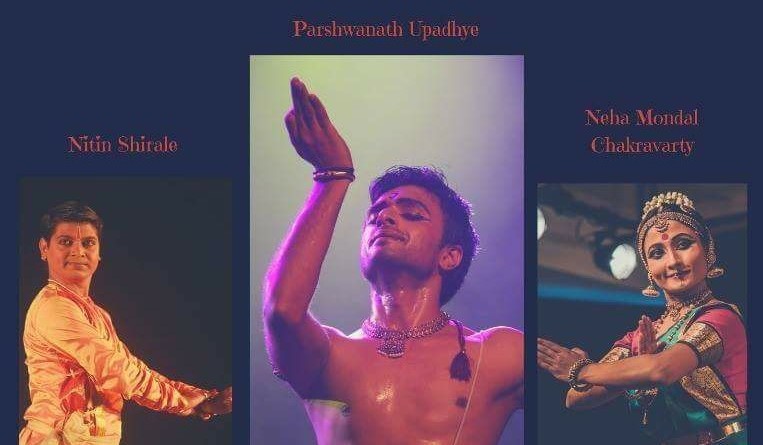 The Anubhuti performance at the Temple of Fine Arts, Kuala Lumpur on Sunday truly offered the audience as promised, an evening rich in aesthetic experience.

The first half of the programme opened with “Devi Stuthi”- in praise of Goddess Shakthi by Kalakshetra trained Neha Mondal Chakravarty hailing from Delhi, India.

This was followed by Malaysian based Indian Kathak dancer, teacher and researcher, Nitin Shirale performing to Shambho.

Neha who is also based in Malaysia, then continued with a rhythmically challenging piece on Lord Shiva in “Yati”.

Nitin then danced to a collaboration of Chinese Drums and Kathak music in “Rhythm Spectrum”. This concept deserves an applaud as it sends out the message that difference in language and culture is not a barrier for fine arts as it blends in unison naturally.

The second half of the evening featured the robust performance of Mysore style trained Bharatanatyam dancer, Parshwanath Upadhye that formed the centre piece of the evening.

A versatile dancer bestowed with the ‘Natya Mayura’, ‘Natya Keerthi’, ‘Arsha Kalachoodamani’ and ‘Arihant Puraskar’ awards, Parshwanath has carved out a niche for himself as a most sought-after male dancer in India.

He is also one of the youngest to become ‘A’ grade artist of Bangalore Doordarshan Kendra.

Lata Pada, the artistic director of Sampradaya Dance Creations, had even pointed out that Parshwanath is considered as a “Rockstar of Bharatanatyam”.

Winner of eight national awards, an empaneled artist of the ICCR (Indian Council for Cultural Relations), he continues exploring the artform under internationally acclaimed dance duo, Kiran Subramanyam and Sandhya Kiran and working with reputed dance companies in India and abroad.

The multi talented Parshwanath is a Black belt holder in Karate, state level swimmer, trained carnatic vocalist and holds a Master of Arts degree in Kannada Literature from Karnataka University.

Currently, he is artistic director of Punyah Dance Company and Upadhye School of Dance in Bangalore.

Under his direction, the dance company’s artistic creations Punyah Krishna, Hara and Paartha are considered the most successful and critically acclaimed productions of recent years.

Lord Shiva, the Lord of Dance, was not only depicted through sharply sculpted and rigorous movements of the fast paced jathis in the varnam but also through visually appealing bhava projecting a devotee’s yearning to be granted an audience by the Lord.

I find the episode where the devotee waits restlessly for the darshan of the Lord at Chidambaram, checking on the shrine opening time and he sternly quiets an irksome crying child was a scene that we can very much relate to.

For someone who is known for his vibrant stage presence, even the ordinary dance patterns were executed in an extraordinary way that made its choreography sparkle with an integration of delicate abhinaya and crisp adavus.

The virility that was demanded by this particular varnam was displayed through great leaps, aerial kicks and knee movements (mandi adavus) at lightning speed, yet conserving the clean and neat footwork that made it emanate sturdy energy throughout.

The powerful varnam was then followed by a graceful performance in glorification of Lord Krishna.

It was a captivating story of a devotee’s confusion between reality and illusion, thinking his encounter with little Krishna at the temple, whom he brought home to play and dance with was all just a dream but finally realising that it is not.

The emotions displayed were immaculate, the whole song radiated the devotion that one has towards the Lord.

The comical elements incorporated here with the devotee gesturing, “Oh, you mean you are the Lord of Triloka” and offering his pranams both done in sarcasm.

Also the clumsy dance by the devotee who is a great bhakta but a poor dancer and his playing the flute out of tune was pretty amusing.

The recital ended with a striking combination of Lord Shiva’s Tandava energy and Goddess Shakthi’s gentle Lasya, in portrayal of the divine pair through the Ardhanareeshwara Stotram.