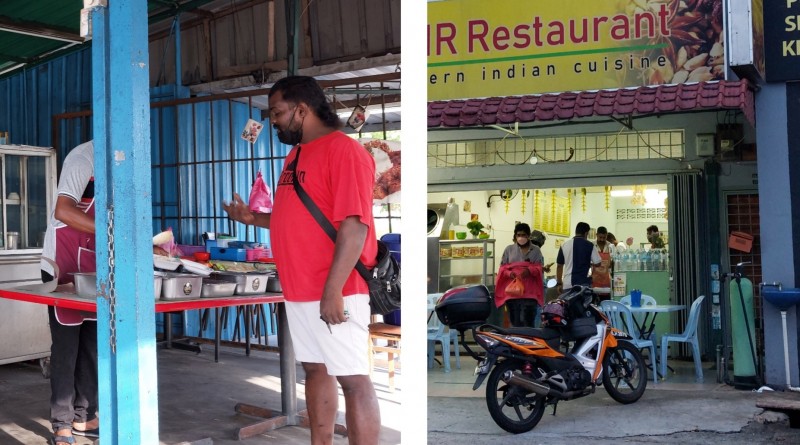 A traditional Indian restaurant is one acceptable to all Indians be it Hindus, Christians, Muslims, Buddhists, Sikhs, Jains and Bahá’í followers etc.
Which means no serving beef or pork and halal compliance (using only meat from Islam sanctioned slaughter houses).
However we can`t expect Indian restaurants to comply to sensitivities of those who practice vegetarianism which is the preferred choice of many indians.
But as most Indian restaurants do, a separate section should be reserved for vegetarian food.
Which is why the survival of traditional Indian restaurants is so vital in Malaysia for Hindus and those of other religions that prohibit beef eating.
None of the country`s other eateries are sensitive to the religious obligation to protect and respect the gentle `Gomatha` (mother cow) and sacred bull.
It`s however sad that the number of traditional Indian restaurants in Malaysia is shrinking day by day.
And `Mamak` (Indian Muslim) restaurants that have in recent decades moved away from the Indian restaurant tradition by serving beef to attract Malay Muslim patrons, are currently swarming the Indian food market.
But part of the blame for the dwindling traditional Indian restaurant numbers is the restaurateurs themselves.
Some are guilty of a general lack of long term planning and lack lustre compliance to food quality and hygiene.
Their heavy reliance on cheap immigrant workers made to work long hours cleaning, serving and even cooking, has led to poor service, food  quality and cleanliness at these restaurants (especially when owner is absent from premises).
This has resulted in loss of customers and subsequent closure of many family owned traditional Indian restaurants.
However the main problem facing the majority of operators is lack of funds and difficulty in maintaining good workers.
Both these problems stem from poor support of Indian community leaders, part of an errant government machinery run by racist political parties.
Even the associations set up to voice restaurant owners’ grievances are dominated by big time restaurant chain owners linked to corrupt Indian politicians.
It’s notable that several wealthy community leaders and corporate bigwigs are now willfully undermining the growth of small family run restaurants here.
They have set up several global Indian restaurant group franchises at strategic spots especially ‘Little India” enclaves in major cities of Malaysia.
These posh air-conditioned restaurants appear clean with tasteful interior decor, immaculately attired waiters and dedicated chefs dishing out a wide variety of over priced Indian cuisine.
A single `thosai` (crisp pancake made using rice-urad dhal flour mixture) costs RM5 or more compared to below RM2 at a normal Indian restaurant.
We can understand why people prefer such posh restaurants over the normal ones as most are fully vegetarian, in compliance with true Indian culture as well as being clean, cosy and less noisy.
Maybe traditional Indian restaurants in Malaysia can reinvent themselves by adapting some of the strategies employed by these posh restaurants.
But still funds are needed for such upgrading exercises. The bottom line is the need for a strong political will to draw up a clear government policy to support and nurture Indian restaurants.
The rich cuisine of idli, thosai, vadai, puttu, roti chanai, idi appam, chapati, puri, paal appam, spicy mee goreng, variety of curries from keerai (mixed greens) curry to venthayam (fenugreek) curry and hundreds of other delicacies dished out by these restaurants are a major tourist attraction for Malaysia.
Need we say more for the case to preserve and restore our Malaysian heritage of traditional Indian restaurants.